House shows are the best shows. Every time the elegant edifice of modern comedy is torn from it’s standard, swarmy platforms — bars, clubs, theaters — and moved to naturalistic, “acoustic” settings, the best of the medium infuses with the luxury of living [rooms]. They are a temporal hybrid of contemporary DIY, boundless work ethic and the risque bawdiness of party record listening parties circa 1970s. These culture clusters’ significance are inasmuch undetermined and largely undocumented. Underground, tantalizing, scandalous, pivotal: parlors of the BYOBrood, with low expectations and high anticipation, are the gunpowder for unbelievably special moments within uncanny circumstance. Fucking Funny, a nearly year-old house showcase concocted in Davis by Aggie Alison Stevenson, exists to entice and delight. The best talent assembles eclectically, secretly, with bloated reputations and diminished egos. Nobody’s getting paid, it’s not a credit to subtitle a marquee, “industry” is never going lounge amid the youth, hair matted by a huge trucker hat that says “Hollywood”. That guy is probably just a cool kid with a sense of style and irony. Still people ask for sets, still people accepts invitations. Fucking Funny isn’t a misnomer. 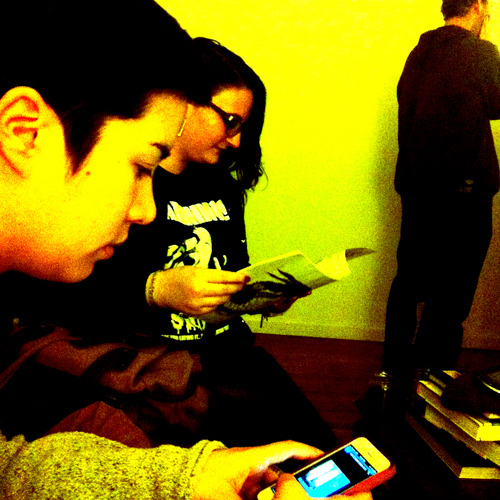 Party and performance teetered lopsidedly at times: shuffling masses drinking and cramped quarters widely refracted one person’s experience from the next. The lobby often gave way to lounge-tongued racket, deferring laughs and their inspiration; tangental reactions from the kitchen could t-bone the jokesters’ momentum. As the night molted along, comics shook the expectation to manipulate the crowd with clubby or open-mic resolve and the crowd contoured with each performer’s skill, comfort and energy. It all encapsulated the premier example of the term “showcase”: the raw and roaring; the slyly resolute dark horses; the proven and playful. Highlights are dimmed from the night’s fluid spaciness, still, Fucking Funny was an arrant triumph. The kids seemed to love it.